Is it Worth It to Get a Linux Certification?

Linux is a must-have in today’s workplace and cloud computing environments. The days of early adopters risking their careers by implementing a Linux system rather than a well-established UNIX or Microsoft Windows server are long gone. Admins now have a variety of enterprise-ready Linux server distributions to choose from, including Ubuntu, Red Hat, SUSE, Kali, and others.

Linux is found everywhere, not just in data centers. Both Amazon Web Services (AWS) and Google Cloud rely heavily on Linux to power their systems, and both provide a large range of Linux machine cases. Professionals in the field of cybersecurity choose Linux for penetration testing and computer hacking.

With such a strong focus on Linux, it’s no surprise that many IT professionals are pursuing Linux certifications. Are Linux credentials worthwhile, and if so, which ones should you pursue? We’ll delve deeper into the topic of Linux certifications and their worth.

On the product side, we find certifications from Linux-centric firms, mostly for administrators, engineers, and architects, such as:

There are several interesting credentials in the super-hot cybersecurity field, which is a minor detour away from core Linux. The GIAC Certified UNIX System Administrator (GCUX) certification, for example, focuses on protecting and auditing Linux and UNIX systems.

What Are the Job Prospects for Linux Professionals?

According to a 2018 Linux Foundation research, there is a high need for IT employees with Linux capabilities. A job search on Indeed.com in December 2019 revealed over 60,000 job listings in the United States that included Linux abilities. Is there, however, a similar need for Linux certifications as a result of this trend?

Our initial excitement is tempered when we go further into the 60,000 Linux job postings. Searches for LPI and Linux Foundation certifications gave a total of less than 250 job opportunities that needed those qualifications. Similarly, Oracle and SUSE certification searches produced nothing.

Only Red Hat certificates (RHCSA: 550, RHCE: 720, RHCA: 115) have a greater number of certified chances, although even these are a small proportion of total Linux possibilities.

Why are Linux certifications required for such a small percentage of Linux jobs? Hiring businesses prefer peer-level interviews to certify a candidate’s Linux competency, according to information provided on numerous internet forums.

Employers appear to be willing to pay higher salaries for Red Hat-certified professionals, according to our Complete Open Source Certification Guide, whereas “generic Linux” certs (LPI, Linux Foundation, and CompTIA) are on par with other business certifications like Microsoft’s MCSA; however, certificate holders earn nearly $4,000 more per year than non-certified professionals in these cases.

Should You Take a Linux Certification?

Linux abilities are certainly in high demand. However, few Linux job advertisements expressly demand a Linux certification, with the majority emphasizing prior knowledge of the operating system. Given the pay differences between certified and non-certified workers, a Linux certification will most likely be viewed as a plus in the recruiting process rather than a must.

If you work with Red Hat Linux or want to, there is little doubt that you should pursue Red Hat certification. Before becoming a qualified Red Hat engineer, start as a certified Red Hat administrator (RHCSA) (RHCE). After that, you can take the final step toward becoming a licensed architect (RHCA).

If you know you’ll be working with Oracle Linux, you should take the Oracle OCA and afterward the Oracle OCP in Linux. However, only do this if you’re stuck in an Oracle Linux job. SUSE Linux and SUSE certificates have a similar story.

It’s a different scenario with generic certificates (LPI, Linux Foundation, and CompTIA). They have a considerably broader use since they are not dependent on any particular distribution. Employers will look favorably on each of these certifications if you have real-world Linux expertise and can demonstrate it to a Linux competitor.

You should probably go with the LPI option out of the three. That’s because, unlike the Linux Foundation, it includes a professional growth path with stages for admin, engineer, and architect. Any of these certifications can also help you further your career if you chose to work in Amazon or Google Cloud.

We already discussed cybersecurity. Because specialist Linux distros like Kali are favored platforms for penetration testing, this might be a useful next step after your fundamental Linux certifications.

Posted in LinuxTagged LinuxLeave a Comment on Is it Worth It to Get a Linux Certification?

It’s more important than ever to become Certified as the Free Software job market continues to call for competent individuals and the technology sector suffers from a digital skills crisis. There are several reasons to become certified; however, we’ve compiled a list of five key reasons why LPI certification is critical for IT workers.

Fill the niche in the digital skills market.

The computer and technology business is expanding even more now, yet competent people are in short supply. Digital skill shortages are delaying our technological progress, while demand for these abilities is at an all-time high. Companies are now in a situation where they must guarantee that their employees have the digital skills required to keep up with technological advancements. Even the International Space Station has moved to Linux, so now is the time to develop the skills that will allow us to travel into space.

There’s no doubt that a good salary makes a job more appealing, and we’re frequently asked about typical LPI certified employee compensation. Employers are competing for the top Certifications with attractive wages and possibilities as the Open Source employment market continues to rise.

According to dice.com and The Linux Foundation’s 2016 Open Source Jobs Report, 65 percent of hiring managers expect Open Source hiring to boost more than any other part of their business in the next six months, and 79 percent of hiring managers have increased incentives to retain their current, qualified Open Source professionals. In conclusion, organizations demand Certified Linux specialists and are actively recruiting them.

Every day, you can learn something new.

The world of Open Source and Linux is always evolving, and for many IT workers, work is as much about learning and developing as it is about working. Certification with the LPI allows those new and experienced in the IT industry to keep up with the latest trends and technologies while also proving their ability to handle them.

Become a member of a community group.

The nicest part of working for Future Cert and LPI is that you become a member of the LPI community worldwide. Linux and IT professionals are urged to share, network, and engage as members of this community to inspire others. This community helps us guarantee that our Certification meets the needs of businesses and professionals.

Boost Your Portfolio with LPI Certification

LPI Certification Does More Than Just Say You Have The Skills; It Proves It. 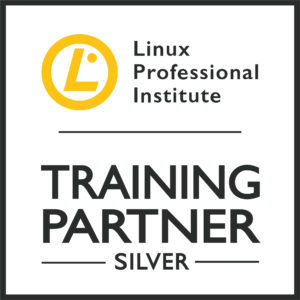 Verified credentials propel you to the top of the resume pile and onto the radar of recruiters. Not to mention that it is the shortest path past the HR firewall.

LPI’s vendor-neutral certifications demonstrate the adaptability of open-source software. This implies that, rather than being constrained to a single vendor’s technology, you will be able to work with a variety of open source technologies, reflecting the environments you will encounter on the job.

LPI has qualified professionals all over the world. It is a globally renowned standard, which implies that you have a set of skills and a job that can go with you, be recognized, and in demand all around the world.

LPI is a non-profit organization

LPI certifies professionals in more than 180 countries, offers tests in many languages, and works with hundreds of training partners.

Their goal is to provide economic and creative opportunities for everyone by making open-source information and skills certification available to everyone.

Professionals who are LPI certified benefit more in their careers. They are more likely to obtain higher-paying jobs, rise in their careers, have more options, and have greater flexibility and skill mobility. It should come as no surprise given that LPI is the worldwide certification standard and career support organization for open source experts.

To pass LPIC-1, you must be able to work at the Linux command line, do simple maintenance chores, assist users, add users to a bigger system, storing and retrieving, shut down, and reboot. Install and configure a workstation, as well as connect a Linux workstation to a LAN and the Internet.

To pass LPIC-2, you must be able to: Manage a modest to the medium-sized site; Plan, implement, maintain, and troubleshoot a small mixed network that includes a LAN server, Internet Gateway, and Internet Server. You should also be able to monitor helpers and provide management with advice on automation and purchasing.

A candidate having an active LPIC-2 certification must pass at least one of the specialty tests to become LPIC-3 certified. They will be eligible for the LPIC-3 designation if they successfully complete the prerequisites and pass the LPIC-3 exam. For example, after passing the 303 exams, you can obtain LPIC-3 Security.

For more information, please get in touch with one of our course advisers today.