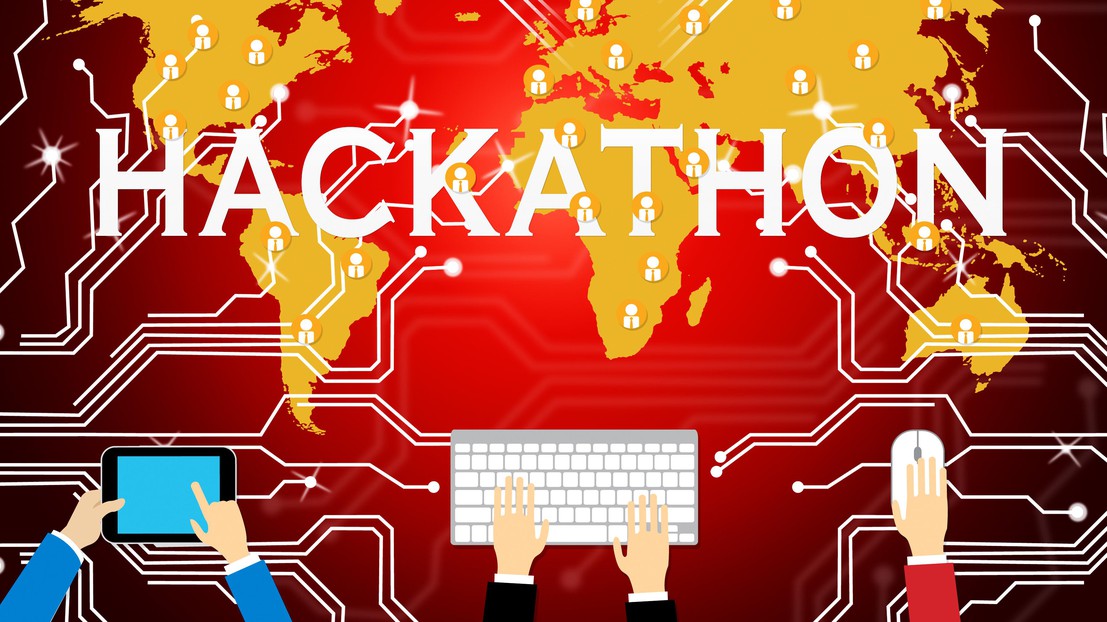 The aim of the hackathon organized by the Swiss Association for the Blind and Visually Impaired and Red Hat was to create new solutions that make everyday life easier for blind and visually impaired individuals. At the event, blind, visually impaired, and visible technology professionals collaborated closely on a variety of initiatives, ranging from obstacle detection to autonomously detecting the expiry date of supermarket products.

The Swiss Association for the Blind and Visually Impaired (SBV) organized a hackathon for blind, visually impaired, and sighted individuals in partnership with technology partner Red Hat and sponsors VSHN and Tech Data. Around 30 programmers and IT professionals gathered at the Sheraton Hotel in Zurich to collaborate on practical solutions to assist blind and visually impaired individuals in their daily lives.

The two project’s initiators, Luciano Butera, Head of the Technology and Innovation Department at SBV, and Dominik Wotruba, Head of TechSales, Switzerland at Red Hat, greeted them at the ceremony. They also presented the project ideas that had been submitted in advance of the event. Five of them were eventually chosen for the final round. Especially, applications for:

Following that, the participants were separated into five different projects. The majority of these come from Red Hat or SBV, although some came from customers and partners as well. “Small communities grew up around the concepts – very similar to open source projects,” Dominik Wotruba observes. “Everyone was allowed to pitch in their expertise and so contribute to the project’s success,” he continues.

The teams then had to create a working prototype in the smallest amount of time. VSHN provided each team with its cloud operating platform APPUiO, which is based on Red Hat OpenShift, while Tech Data donated its AI solution Tech Lab. Red Hat programmers also built fundamental frameworks for constructing solutions, known as skeletons, to make it easier for project members to get started. This was quickly followed by frantic thinking and coding. “The participants worked concentrated —- nearly nonstop, and you could feel that individuals were on a mission,” Luciano Butera explains.

Menus are accessible via a smartphone app

The teams had to present their answer to a jury of four at the end of the hackathon. In addition to Luciano Butera and Dominik Wotruba, the applications were analyzed and examined by Jonas Janz, a Red Hat solution architect, and René Jaun, an editor at the publishing business Netzmedien.

The “MENUista” project by Selamet Aydogdu, Dominique Hofstetter, Lars Jenzer, Alexey Loubyansky, and Erik Jan de Wit received special praise from the jury. During the hackathon, they created a smartphone app that displays the menus of neighboring restaurants. Blind and visually impaired people can then have these read to them directly and are no longer reliant on sighted companions.

According to Luciano Butera, the benefits of the solution, the project’s progress, and the presentation were all important factors in the evaluation. According to him, “MENUista” looked impressive in all areas. “The app is simple to use and does exactly what it should,” says the hackathon’s co-initiator. “As far as the team was able to design the solution during the hackathon, it delivers the most advantage to the consumers.” He is also sure that automatically compiling menus from adjacent eateries is often helpful. “The winning product is a good illustration of how software for the blind and visually disabled may also be useful for the sighted,” says Luciano Butera.

When asked to summarize the hackathon, the response was unanimously positive. Aarno Aukia, Co-Founder of the sponsor VSHN, provided advice to the hackathon teams. “When finding their way around the event area, the blind and visually impaired participants were sometimes delighted to have assistance,” he observed, “but as soon as everyone sat down at the laptop and started working, suddenly there was no difference at all.”

Christopher Schmidt, a participant at the event and a Red Hat partner innoQ Schweiz GmbH, compliments the “open, almost friendship-like attitude” that prevailed on site. “One of the pleasures of the two days was the opportunity to hear directly from the individuals who are affected by the difficulties daily and to figure out solutions,” he writes in his report.

“For the teams, it was important to develop solutions that are precisely tailored to the needs of the users,” says Dominik Wotruba. “It was therefore absolutely crucial to respond to the input of the blind and visually impaired participants, and the hackathon was a prime example of customer-centered work.”